Living in a Tiny House Trailer

Steve and Nora saw some places that looked good but then turned around and kind of settled down in a tiny house.

Why a Tiny House?

“We did what everyone did. We watched all the tiny house shows on YouTube and fell in love with them. About two years ago, maybe three years ago, we said we could do that”. The couple ended up coming to Idaho and while they were here they said, “you know we’re gonna go for what we want and that’s a tiny home”. Steve has been used to the RV life. “I just pictured myself being in a smaller space and it’s working out well”.

When Steve and Nora decided to live in a tiny house they started by doing internet searches. “We didn’t know exactly what we were looking for but we stumbled on a business in Emmett called Tiny Idahomes. We ended up going with their largest model but they had three or four others. The process started with us walking through their showroom and it was great seeing all of the different features that they offered.”

There was a $5,000 deposit for the couple to get on their schedule. “We were probably 25th in line but they were so flexible with changes that we made throughout the process and they adjusted extremely well to supply shortages during the pandemic. We can’t say enough good things about their company”.

There was a two-month delay but they completed the project extremely fast. Construction started in February and was completed in May.

One of their favorite things about the tiny house by Tiny Idahomes is the round ceiling. It’s a high barrel-shaped ceiling. We chose the barrel look and shape because it just gives us so much room and space. A lot of people would use the loft area for a bedroom. They knew that that wasn’t going to work for them so they built closets below it which gave them more storage and converted the loft to a craft area.

The tiny house on wheels comes equipped with a 7-foot slide and is 38 feet long, which is a lot more space than say your typical Class C trailer. Probably more important than size is the thickness of the walls. They are four inches thick which helps to insulate the home in the summer and winter. It was under $100 a month to cool the couple’s home in the summer and around $150 to heat it in the summer. They couldn’t believe how much more affordable life was just in power bills alone.

Living in a Tiny House Trailer in Fruitland, Idaho

Steve and Nora love Fruitland and were very adamant that it is not just a tiny community in the middle of nowhere. Yes, there is room in Fruitland and it isn’t in a metro area like most people are used to being near. Living in Fruitland has helped them be happier. “We eat healthier, we live healthier, and a lot of it is because the big box stores are a little further away. It’s only 30 miles so we occasionally treat ourselves to a nice dinner”.

The great thing about Fruitland was its openness to tiny homes. Right now there are a lot of cities in Idaho that have policies against them because even though they are registered as Recreational Vehicles, they aren’t permitted to be parked in a lot of RV Parks. “It’s just ironic because the tiny homes built by Tiny Idahomes look so much better than a traditional RV. We can’t understand why the local legislation that is pushing for more affordable housing isn’t considering more tiny homes”.

Steve and Nora continued, “Thanks to Tiny Idahomes and our willingness to take a risk, we are living the retirement life on our terms without all of that extra baggage and all of our unnecessary ‘stuff’. It’s a non-traditional retirement, but life is an adventure and that’s how we look at it!”

If you’re thinking about Idaho, maybe it’s a place that you want to check out because you’ve heard a lot of good things about it give me a call or send a text to 208-860-2004 or email our team at info@treasurevalleydave.com we’ve all moved here from someplace else and we’re all so absolutely glad that we did.

We’ve got some great content being pushed across our social media and we really don’t talk about it enough!

We have a Facebook Group called Idahoans at Heart where our community gets together and talks all things Idaho. We share resources and information about current events.
There’s Twitter where we post quotes from our YouTube Channel which you are all very well aware of I’m sure!

Then there’s our Linkedin Group Leaving California. If you or someone you know is living in California and wants to escape, this is the perfect place to go!

And lastly our Instagram where Treasure Valley Aaron is always sharing videos.

You can get to each of those by clicking below!

Dave Edwards - Keller Williams Realty Boise – is a licensed agent in the state of Idaho and an experienced authority on relocating to the Treasure Valley around Boise and buying and selling real estate in our area.
PrevPreviousHow Bad is the Traffic in Idaho?
NextExploring Downtown CaldwellNext 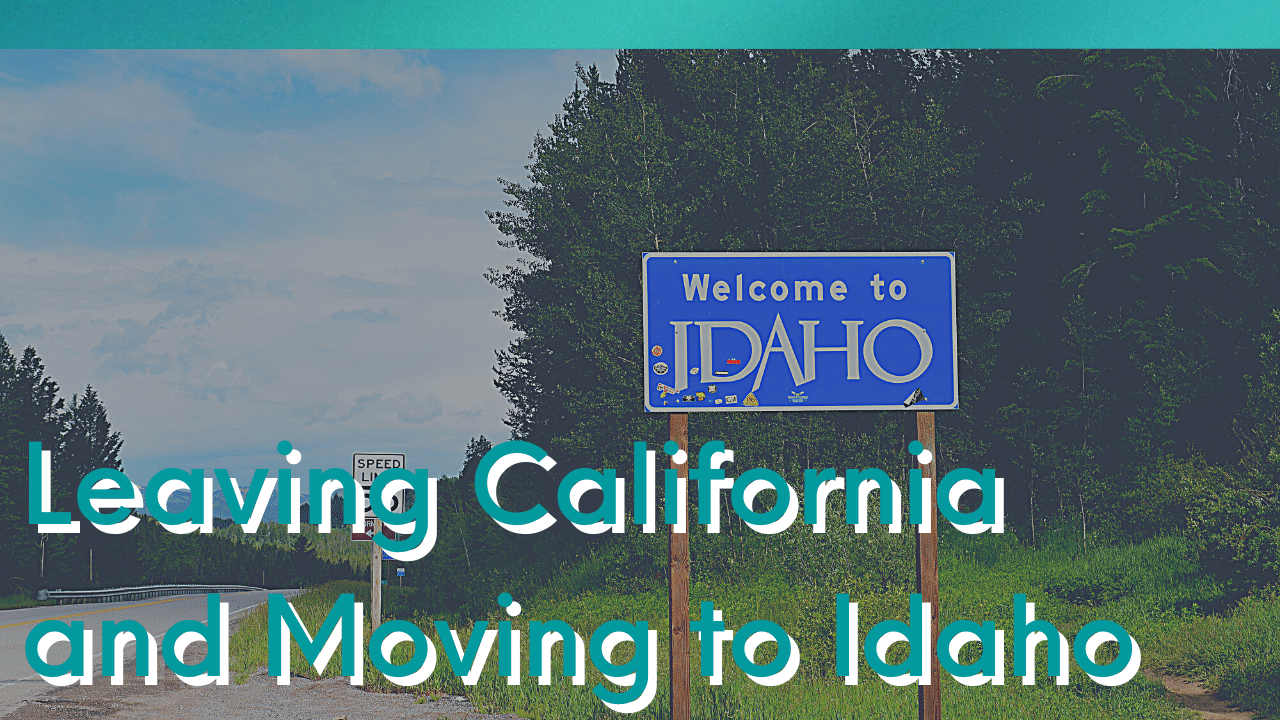 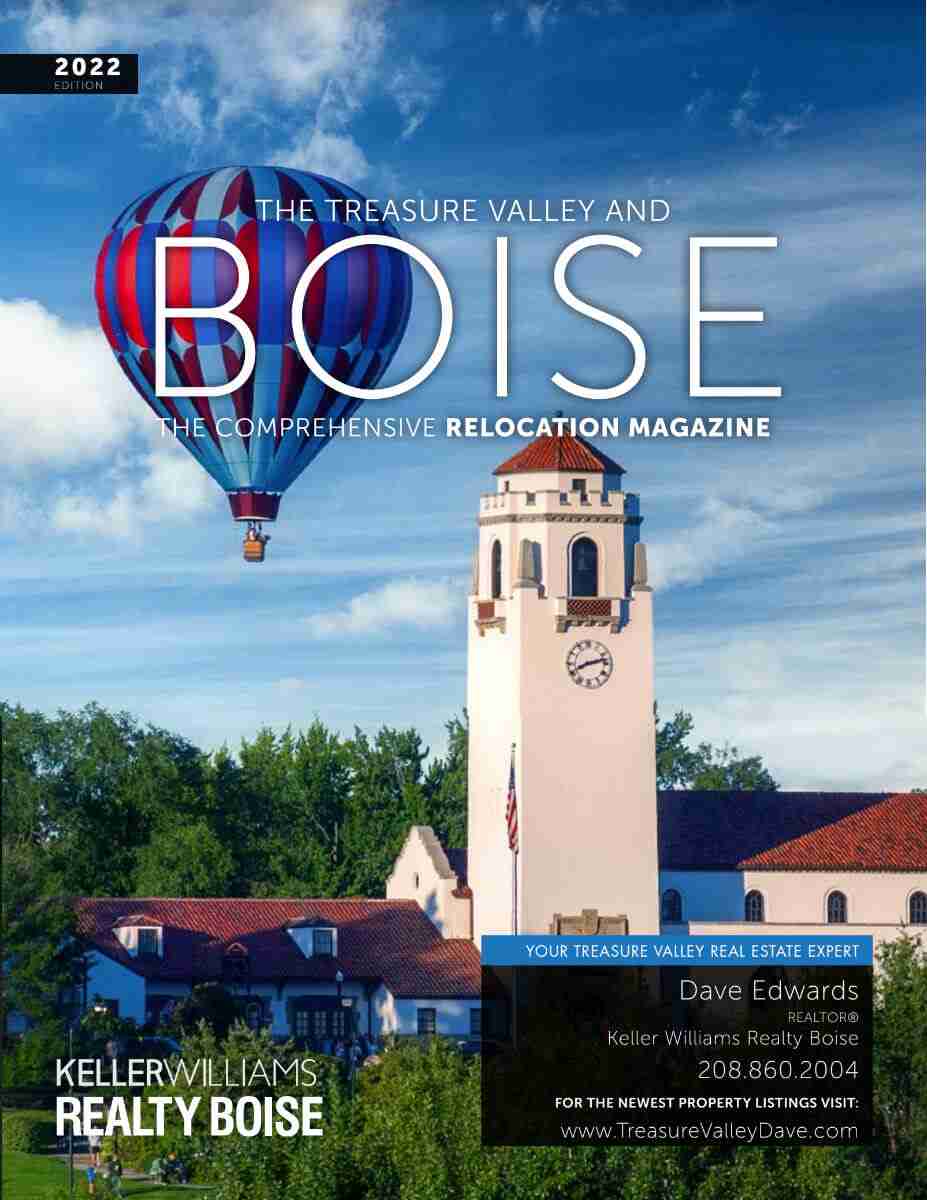